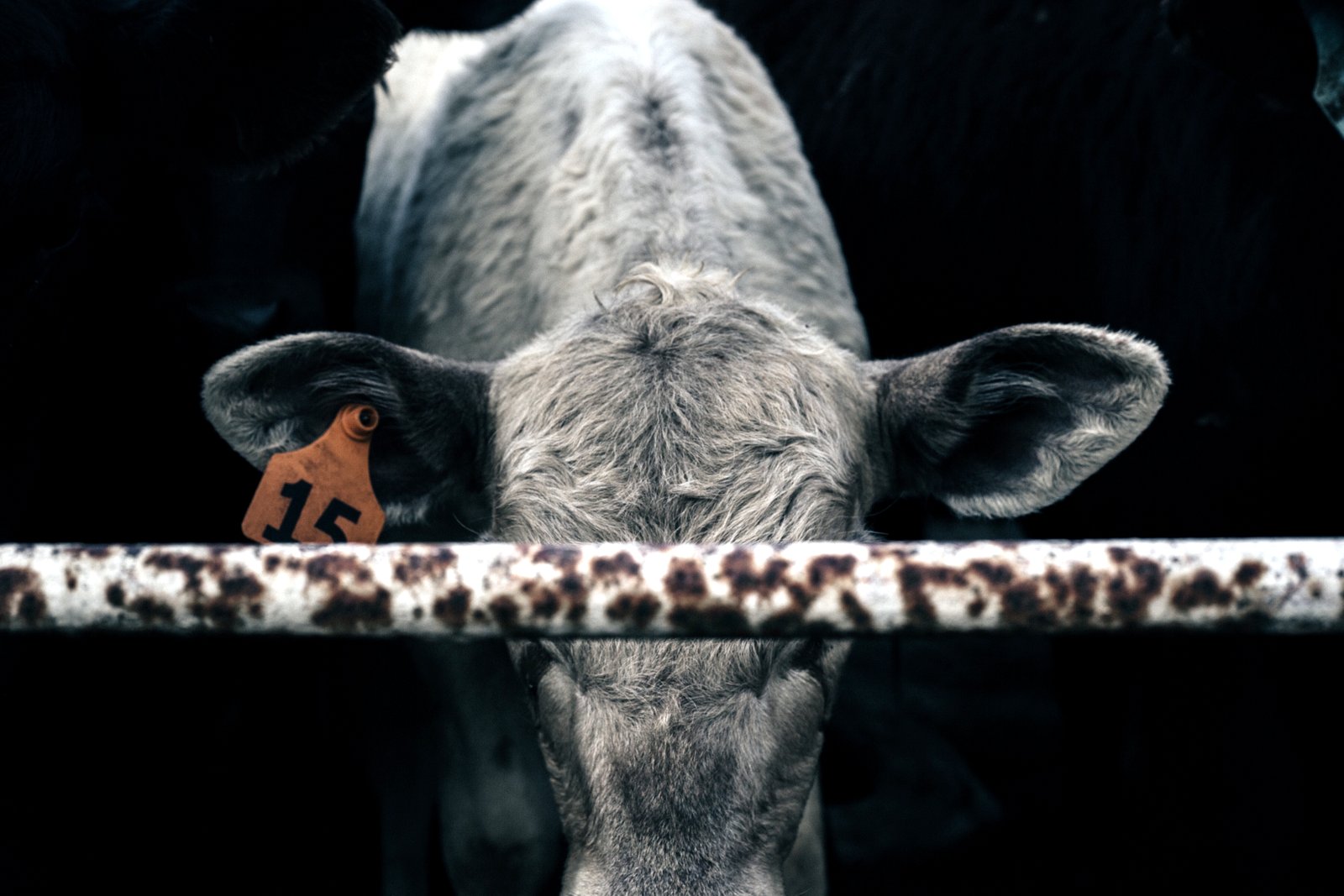 Rodeo is a sport that stands out from others in today’s world. So many sports today exist solely for entertainment purposes. Rodeo, however, is derived from an actual lifestyle, with skills one uses in their everyday ranching responsibilities.

Rodeo dates back to early ranching days, hundreds of years ago! As horses and cattle were being introduced to the western region of America in the 1800s, the cowboy era was born.

Breaking horses and catching cattle, typically required the cowboys to have impressive horseback riding and roping skills. The ability to rope livestock quickly and accurately was necessary for livestock to receive medical care, to be branded, to be sold, and occasionally to avert danger.

Neighboring ranches would often have friendly contests against each other to see whose cowboys could complete the task at hand, the fastest and the most accurately. This is where the sport of rodeo’s roots trace back to!

Today, professional rodeo showcases the abilities of both animal athletes, and cowboys and cowgirls. With seven classic competitions — now eight, including the recently-added breakaway roping, the sport of rodeo consists of two categories: roughstock and timed events. 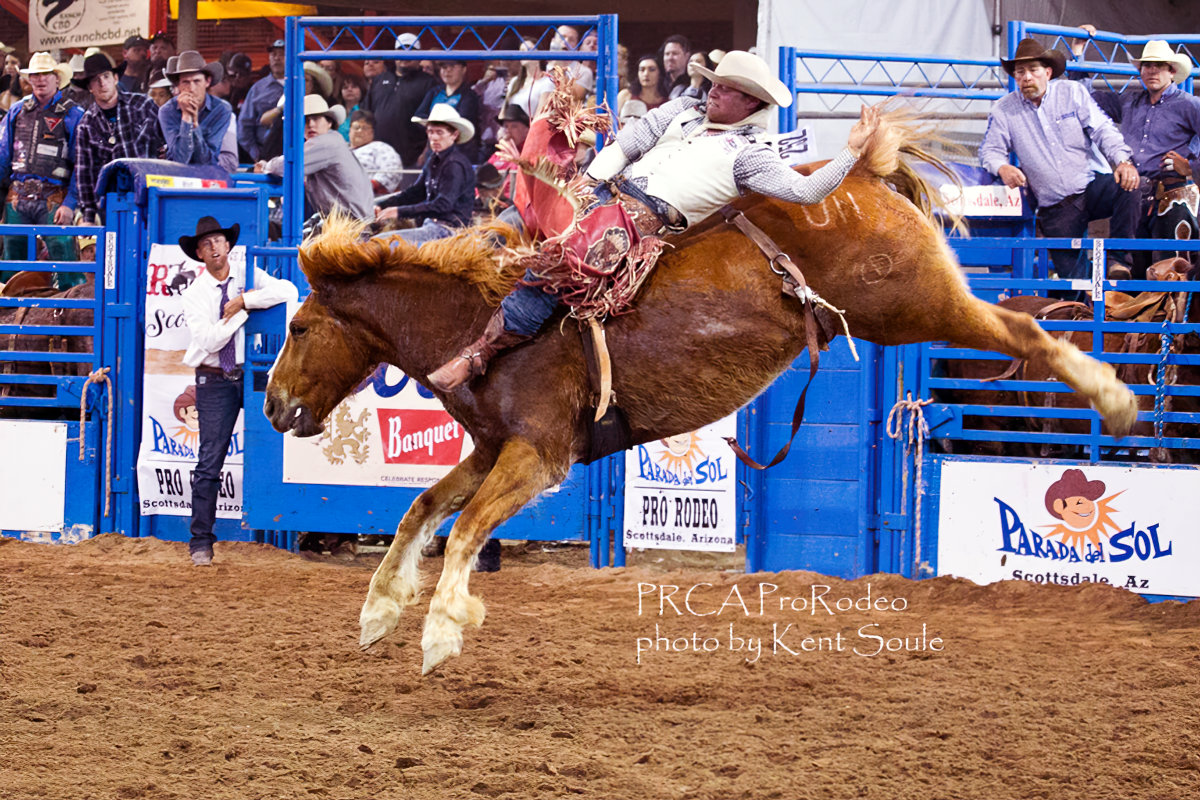 In order to score, the cowboy must stay on the animal while using just one hand to hold on, for at least eight seconds. If his free hand touches the animal, the equipment, or his body at any given time during the ride, he is disqualified.

In total, the judges combined can collectively give up to a perfect score of 100 points per ride (which has happened just one time in history). While the animal can directly affect the score, the cowboy’s ultimate goal is to have a fluid ride demonstrating control.

Considered rodeo’s “classic event”, the cowboy rides in a saddle with his feet in the stirrups and holds on with just one hand to a perfectly measured “bronc rein”, which is a thick strap connected to a halter on the horse’s head.

There is a mandatory “markout rule,” requiring the cowboy to exit the chute with his spurs in contact above the horse’s shoulders until it makes its initial jump hitting the ground with its front two feet. Failure to do so results in disqualification.

In place of a bronc rein, they hold onto a “riggin.” Connected to a belt-like strap wrapped around the horse, its handle resembles that of a suitcase — which is all that the cowboy has to hold onto.

Known as “the most dangerous eight seconds in sports”, bull riding is well known for how grueling it is.

“Bullfighters” and “barrelmen” are in the arena during these rides to keep the cowboy safe from the bulls, once dismounted.

The timed events of rodeo include steer wrestling, tie-down roping, team roping, barrel racing, and breakaway roping. These contestants “compete against the clock.” The objective for each of these cowboys and cowgirls is to earn the fastest time in their event.

Many of these events come from common tasks necessary to medicate, brand, or tag animals on a ranch.

In roping events, the contestants start horseback in a ‘box’, a three-sided fenced area. There is a string called the barrier, stretched across the fourth fenceless side of the box, which opens to the arena. This barrier string is lightly fastened to the calf or steer.

Once the animal leaves the chute, it pulls the string so that as soon as it reaches a certain point, the contestant and their horse are free to leave the box. This gives the calves and steers a head start. Failure to wait long enough to leave the box leads to “breaking the barrier” which results in a ten-second penalty added to the contestant’s time.

Steer wrestlers are known for being notably strong and athletic. In this event, also known as bulldogging, there are two cowboys, which are the steer wrestler himself, and the hazer.

As both of them are backed up into two separate “boxes,” they wait for the steer to reach the head start point after being released from the chute. They then run horseback along both sides of the steer- the hazer executing his job of keeping the animal running in a straight line to put it in good position for the steer wrestler.

While running nearly full speed, the wrestler then slides off of his horse, grabbing and turning the steer by the horns, with the objective of laying it flat on the ground with all four legs facing in the same direction, which is when the clock stops.

Otherwise known as calf roping, this event is another classic demonstration of common ranching duties since the days of the early west.

The calf is first released from the chute. After the cowboy waits horseback in the box for the calf to reach its head start, he then runs up behind the calf with the goal of roping the animal. Once his loop catches the calf, he quickly dismounts, “flanks” the animal, or lays it on the ground, and ties three of its legs together with a rope called the “pigging string”.

As soon as he completes the tying, he throws his hands in the air to stop the clock. The calf must remain tied on the ground for six seconds after it is tied. The cowboy mounts his horse again and takes pressure off of the rope. So long as the calf stays tied for six seconds, the roper qualifies for a time.

This is one of the events that require two competitors: a header and a heeler. Once the steer leaves the chute and reaches its head start point, both cowboys come out of the boxes horseback. The header is in charge of roping the horns, and the heeler is in charge of the feet.

Upon exiting the box, the header ropes the steer’s head, either around both horns, the neck, or the neck and one horn. Any other ‘catch’ is illegal.

Once he makes a legal catch, he turns the steer to set it up in good position for the heeler. The heeler then ropes the back two legs of the steer. A one-leg catch gives them a 5 second time penalty.

After both the header and heeler have done their jobs, they face their horses towards each other to stop the clock.

This, the most common “ladies event,” is all about speed. In this event, there are three barrels set up in a triangle inside of the arena. The rider must perform a cloverleaf pattern horseback, looping around each of the three barrels without knocking any of them down.

The fastest run wins, but a knocked barrel results in a five-second penalty added onto their time. This event requires immaculate control and balance from the rider, and extreme speed and agility from the horse.

This event is similar to tie down roping. It was recently added to professional rodeos and is quite popular among women.

Like in other roping events, the breakaway rider waits for the calf to have its head start before leaving the box. They then run horseback, rope the calf around the neck, and stop their horse. At the other end of the rope, there is a nylon string which fastens it to the saddle.

As the calf continues to run and the rope comes close to tightening, the nylon string breaks (which is where the name “breakaway” comes from) and the clock is stopped, marking the end of a run. There is often a cloth tied to the end of the rope to make it more visibly obvious to judges when the string breaks.

A note about animal welfare

In each of these beloved competitive parts of a rodeo, very specific penalties and rules are enforced to ensure the safety of both the animal and the contestant.

The Professional Rodeo Cowboys Association has a book of over 60 rules simply revolving around the proper treatment and care of the animals. Rodeo stock are considered animal athletes which are trained to execute their jobs just as the cowboys and cowgirls are.

They are often the most well-cared-for of any live and roughstock. Even aside from the fact that their good performance ensures a contestant’s earnings, these animals are loved with deep care and compassion.

Thanks for taking the time to learn about pro rodeo events! We hope to see you at our next rodeo!